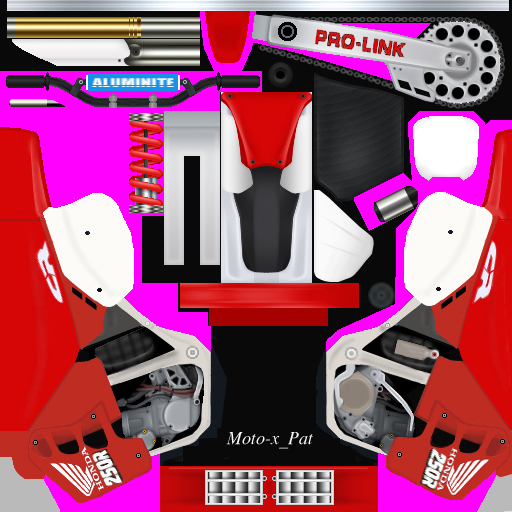 Again, I used VMX_GravityX2's '05 Honda base and painted over it with a 1989 Honda. The engine, shock, forks, etc. are his. The parts that I made are the 1989 Honda template and graphics. I also made the front # plate smaller so that the sideplates would fit.

If you remember, in the '80s and early 90's, there was a handlebar company named "Aluminite." They always had light blue pads with a blue stripe through the letters. So I put them on this bike.